How Koch Controls the population with chemicals is how he controls

a medicine or other substance which has a physiological effect when ingested or otherwise introduced into the body:

There is Iran-Contra, in which Ronald Reagan had his underlings steal T.O.W. missiles and missile launchers from the Pentagon warehouses, sell them illegally to Iran, take the black money paid by Ayatollah Khomeini to Reagan and launder it through Swiss accounts, and send it to right wing death squads in Nicaragua trying to overthrow the left leaning Sandinista government. The Right wing beatified Reagan and named an airport after him, and nobody ever brings up Iran-Contra any more. Rupert Murdoch made Oliver North, one of the conspirators who shredded the US constitution, a millionaire by putting him on television to tell us war fairy tales.

Agrium slides after selling turf and ornamental division to Koch for $85 mln
Agrium Inc. (TSE:AGU), the largest seller of farm products, retreated to the lowest in nearly three months after saying it will sell its turf and ornamental business to Koch Agronomic Services, an affiliate of Koch Fertilizer LLC, for $85 million including working capital.

Tribal and civil warfare will breakout globally as water supplies drastically decline. Nuclear proliferation during World War III exacerbates the exponential decline of fresh water supplies in most regions of your planet except in the New World.

The pH⁵ balance has become acidic in your oceans threatening the integrity and existence of sea life on a global scale.
The northern new world government legislated the arcane navigable waters act allowing companies to compromise the environment without consequence. Tribal and civil warfare will breakout globally as water supplies drastically decline. Nuclear proliferation during World War III exacerbates the exponential decline of fresh water supplies in most regions of your planet except in the New World. As global water supplies dwindle the invasion of the New World is advanced to secure valuable food and water supplies.
laws allowing for taxpayers dollars to be spent on the cleanup of these disastrous spills. Oil refineries that process dirty toxic tar sand oil or liquid coal produce an inordinate amount of petroleum coke. petroleum coke or pet coke and is exported to third world countries. liquid coal (tar sand oil) These two industries provide the one / two punch destroying a high percentage of fresh water around the planet. Fracking destroys ground water underneath the surface introducing dangerous chemicals used in the injection process and allowing methane gas to merge with it.

The mining industry has the distinction of destroying surface waterways from toxic spills caused by liquid coal pipeline leaks or compromised tailings ponds that flush their contents into pristine lakes and rivers. Both industries use an inordinate amount of fresh water and turn it into a highly toxic poisonous mixture of heavy metals containing carcinogenic elements that blend into the food chain.

They promote their products as precious commodities and in the process destroy the priceless elixir of life clean water. When liquid coal (tar sand oil) is refined a high carbon by product known as petroleum coke is produced. It has a distinctive odour that is unmistakable and as this pile of waste produces dust storm particulates moving freely subject to wind direction.

It is attracted to nasal passages and collects on lawns, outdoor furniture, windows of homes and schools in proximity to these process dumps. Liquid coal (tar sand oil) mining and processing proliferates the highest carbon footprint on the planet producing emissions that literally choke animals and humans in heavily populated regions. Fracking has additional benefits in that it releases a steady stream of methane gases into the environment in addition to causing earthquakes³. The earthquakes are the result of resettling of the space created by fracking in affected areas and soon will awaken sleeping giants. Whatever area of the world the One Eyed oil & gas Cyclops sets to frack or mine they require more fresh water than the Earth is capable of giving. 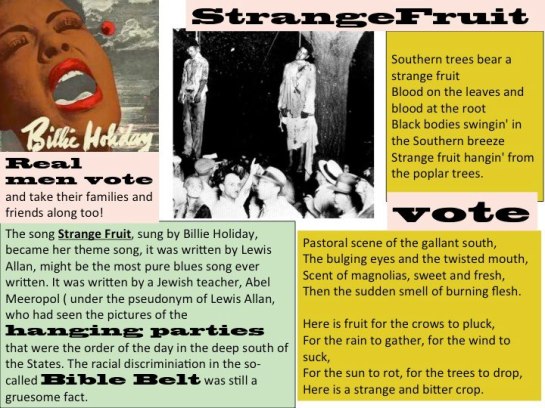 Black History Facts are relevant to survival of Black Children in the Classroom. The African diaspora was the movement of Africans and their descendants to places throughout the world by force. There they met those Africans who first set foot in the continent of America during or round about the age of the Egyptian Dynasties (btw 3100-2100 BC). “Strange Fruit” weaves together the lives of American Africans and immigrant Jews.

United we Negotiate; Divided We Beg

State Republican Party Chairman Bill Armistead calls #MIKEPENCE Pence a rising star of the party who might become a presidential contender in 2016. Indiana Gov. Mike Pence will be in Alabama in June.

Science is true whether you believe in it or not
‘Some myths deserve to be broken apart out of respect for the human intellect.’
‘Enlightened Religious People Don’t Use The Bible As A Textbook’
‘There is no shame in admitting you do not know something, the real shame is pretending to know everything.’
Neil deGrasse Tyson 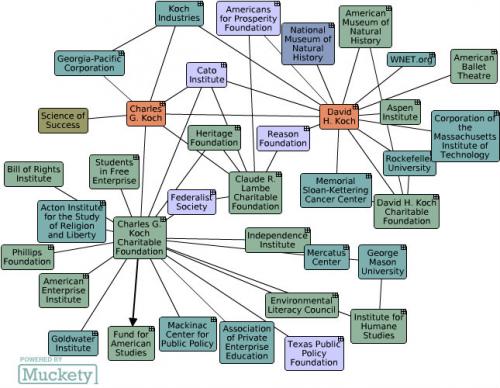 “The future of this country is up to the Congolese people,” said Clinton. “The choices as to what direction you go are truly yours to make.

“For example, the country has an extremely rich reservoir of natural resources,” she continued.

“Right now, the benefits from those resources are not ending up broadly developing the country. They are either being taken out of the country by KOCH, by any fictitious name above or more, or they are ending up in the hands of a very few people. There are models for what has worked elsewhere. The model that Botswana used when it discovered diamonds–it made sure there was a trust fund created for the country so that all of the money didn’t leave the country. In order to let a company like De Beers exploit their diamonds, they said we want to own 20 percent of the company.

Brett Schaefer, a fellow in International Regulatory Affairs at the conservative Heritage Foundation, said of Clinton’s statement: “Her phrasing was extremely clumsy.”

“I think it’s probably a mistake to urge the government to have a control, or a controlling stake, in these types of industries because government historically, especially in Africa, has been particularly prone to corruption and mismanagement,” said Schaefer.

Further Koch by any name able or more

“I think we should be really careful about recommendations like that because we’re assuming that that government will be a good manager and a transparent manager, and an accountable manager–the way the Botswanan government has been,” said Boudreaux.

Botswana has indeed been successful in the diamond industry, said Karol Boudreaux, a senior research fellow at the Mercatus Center at George Mason University and the head of that organization’s Enterprise Africa! project. Boudreaux noted, however, that while Botswana has had success in the diamond industry, it history and political culture also makes its distinct from other African nations. 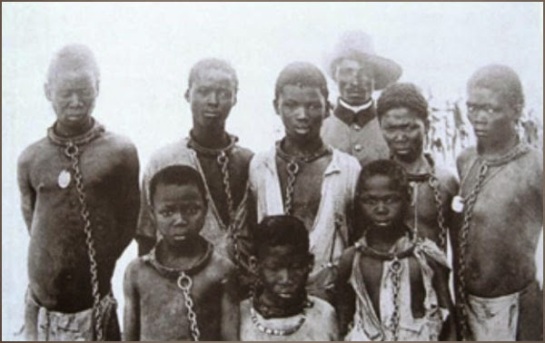 Congo has great natural resources and by conventional accounts should be rich. But it’s not; the riches are extracted and go elsewhere. Its col-tan provides vital ore for making electronic components. Col-tan, the ore, is refined in Germany and the United States (Bayer’s H.C. Starck unit has a tantalum refinery here in Massachusetts) and used in making the capacitors found in computers, cell phones, and many other devices. Even China’s sweatshop economy is heavenly compared to Congo’s.

And that brings us to the Congo Scenario. The Koch brothers are calling the shots now; the Republican Party is dancing to their tune. But they’re not alone. The Bush-Cheney-Rove regime was also little more than a front for the oil and coal industry, and extractives in general.

What does Koch Industries need from a country? They are in the oil refining business, of course; that’s how Fred Koch started the company and made the first small fortune. We learn from a recent diary, Meet the Kochers, by nekkidtruth, that Fred Koch developed a new oil refining process in the 1920s. But he couldn’t use it here because he lost patent fights over it. Now that means that one of two things is probably true. One is that he didn’t really invent it and it infringed; the other is that the patent system was corrupt. I’ll give the old man benefit of the doubt and assume the latter. So Koch went to Soviet Russia and sold his refineries to Papa Joe Stalin. Yep, the original fortune came from the USSR. As part of the First Five-Year Plan. When the USSR was still undeveloped, uneducated, and of course run by an iron-fisted despot. Amazing hypocrisy for a Bircher!

Oil drilling and refining, coal mining, paper mills (Koch owns Georgia-Pacific). These industries do not need a large, educated work force. They could use some cheap labor, though. So they want to get rid of unions. They want to get rid of high-quality public schooling, too, since it costs tax money and the few highly-skilled people they need could come from private schools (the upper class).

Koch’s America, the teabaggers’ America, the Republicans’ America, is not like the America we have known and loved in the past. It’s more like the Congo, a violent (gun fetish), superstitious (fundamentalism), impoverished place where a wealthy few can make money from the natural resources. That’s the crossroads we’re at now. Will it be a more equal, educated, first world America like the one we used to have, or will it be just a bigger Congo?

Additional Organizations
Mr. Beehler is a member of the District of Columbia, State of Maryland and Commonwealth of Virginia bar associations.

http://www.innercitypress.com/bansretreat083007.html
Inner City Press
… journalist Rami George Khouri, Kathy Bushkin Calvin of the UN Foundation. … be there — will the recent strike by UN national staff in the Congo be discussed?
Visiontron Retracta-Belt Barriers an

Contraception for the 215 Million Women Who Want It

allafrica.com/stories/201204051158.html
AllAfrica.com
Apr 3, 2012 – Kathy (Bushkin) Calvin is the Chief Executive Officer of the United Nations Foundation. This piece was published by the Bill and Melinda Gates …
United Nations – The New York Times

topics.nytimes.com/…/index.html?…BUSHKIN…
The New York Times
Jun 22, 2014 – United Nations officials demand halt to the expulsion of tens of thousands of citizens of the Democratic Republic of Congo from the neighboring …